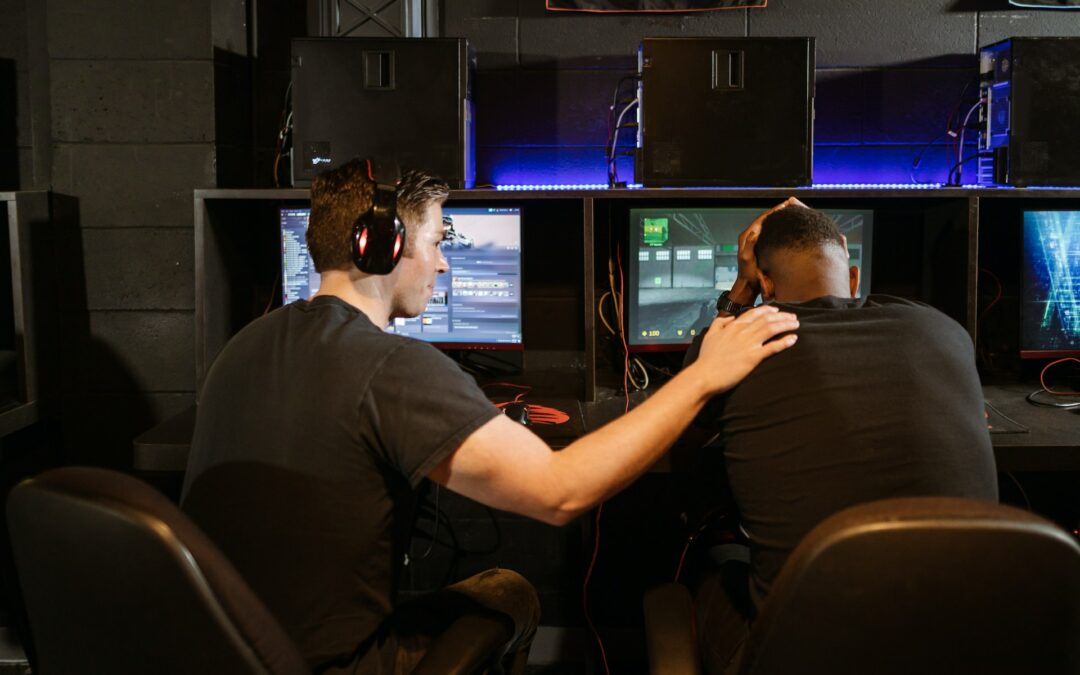 Many esports professionals, even those standing at the pinnacle of their domains, often get emotionally and mentally exhausted. Many either suffer from a lack of purpose or a feeling of having a sedentary life. As a mental skills trainer, I’ve encountered dozens of such individuals and organizations. In this article, I’ll unearth the truth about the psychological drain in esports and list some ways to avoid it. Let’s dive in.

Do video games and depression go hand in hand?

You might be wondering how playing video games can be mentally exhausting, as, for most of us, they are a means of much-needed relaxation, our “escape from reality.” But the same is not true for professionals that make a living out of video games. For them, every move, every decision in the game, is important. They cannot cut corners while training, for one bad move on the main stage may cost them their career.

With new technologies and advancements in esports, the competitiveness in tournaments has grown to such an insane level that professionals simply cannot rely on just their talents anymore. In games like Dota-2 and League of Legends (LoL), complex strategizing is required. Developing and implementing such strategies can be hectic and draining, basically the complete opposite of “fun.”

Instances of Psychological Drain in Esports

After winning “The International-8” (TI-8), one of the most prestigious tournaments in Dota-2, many of the team “OG” players suffered from depression and a sense of lack of purpose in life. After dedicating countless hours to the dream, once achieved, it left them hollow. The high of winning the biggest tournament, which lasted for a couple of days, was followed by the never-ending thought of “what’s next?”

But the team managed to get over this feeling with the help and support of Mia Stellberg, a sports psychologist who had already proven herself in the field after guiding the infamous CSGO team “Astralis” to win majors that they earlier could not.

Post TI-8, OG had a stroke of bad luck in various other majors but proved themselves in TI-9 where they became the first team to win two TI’s. This came to be called the great “Cinderella” story of Dota-2 esports. But what followed was devastating for fans, as two of the five players retired from the game because they felt there was nothing more they could achieve on the field. Out of the remaining 3, one went on an indefinite break and the other two were also considering retirement. As a result, the roster was basically disbanded.

Everyone felt that even though they went down in history as the greatest Dota-2 team, they sacrificed a lot for it. The training was rigorous, and the boot camps were intense. And after a certain point, they just didn’t feel like playing the game competitively. They lost interest in their beloved game and wanted to explore other aspects of life.

Reasons Behind Mental Exhaustion in Esports

Our idea of gaming is fun and relaxing, but competitive gaming could not be further from this. We play the “game” while esports professionals play their “opponents.” They have to be the best among the best to win tournaments and live a good enough life.

As a professional, one needs to prepare differently for each game. They have to study their opponents and change their playstyle for a favorable outcome. This is even before mentioning that their opponent is also studying them and their patterns. Now the combination of their preparation, their opponent’s preparation, along with both players’ mindsets while in the game, will decide the victor.

Team events can be much more complex than individual ones, as while preparing for the enemy, gamers need to be mindful enough to not deviate much from their team’s playstyle. They need to curate the perfect winning strategy that keeps their team’s strengths and their opponent’s weaknesses in mind. And if for some reason, the enemy outwits or out prepares them, they need to keep improvising while in the game. This can be extremely stressful and draining.

Emotional exhaustion can be dealt with by following some of the basic techniques listed below:

To deal with emotional exhaustion, we can create at least a three-part mental skills training plan.

1. Figure out what is in the player’s control

Once a player figures out the stuff that they have complete control over and the stuff that they can influence, they can start focusing their energy on things they can change, which will help them make more effective adjustments. With this, they will immediately stop feeling powerless and regain control of their life.

In our training, we teach about the Circle of Concern, Influence, and Control, the psychology behind them, and how to make use of them in a productive manner. We curate specific plans for each individual, focusing on aspects to improve on that will boost your productivity.

2. Work on their breathing

Little things like breathing can have an immense impact on our lives. Out of all the many ways of breathing and meditating, we have identified the perfect breathing techniques for professional esports players, which will improve their calmness, patience, and tolerance while at the same time reducing negative emotions.

3. Get them to learn mindfulness

Mindfulness is paying attention to the present moment in a non-judgmental manner. Meditation, then, is the practice of mindfulness skills, which can take many forms.

Mindfulness in esports is the ability of the players to stay composed and make sound decisions. As part of our formal mindfulness training, we conduct sessions in which we teach them attention-focused strategies designed to enable them to understand how thoughts and emotions function.

From the outside, esports appears to be very fascinating but can be extremely cruel on the inside. It may break an individual so far out of completion that there is no way back in for them.

Players’ mental health continues to deteriorate due to the widespread disregard for the psychological aspect of esports, which lowers their performance in competitions.

Many top organizations have identified this limitation and have started working on their players’ mental health by hiring mental skills coaches and organizing mental skills development sessions.

What are your ideas about the psychological aspect of esports?  Let us know your views in the comments.

No comments to show.